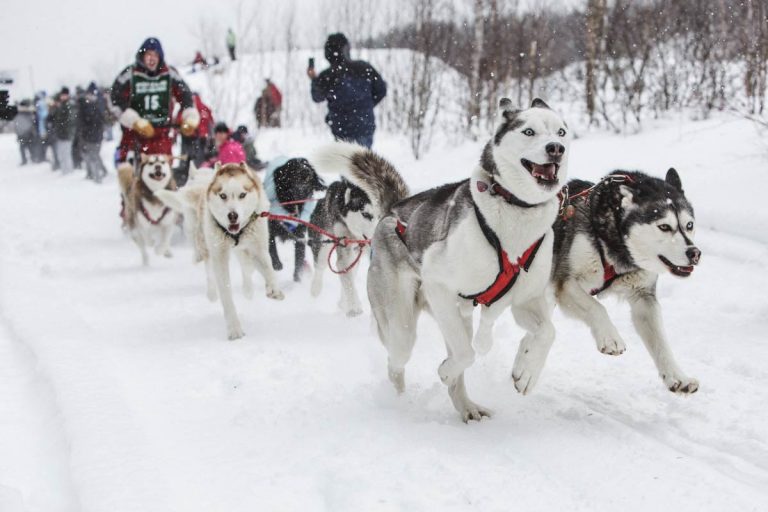 Unique Sports That Involve Dogs. Sport is a physical activity when someone do several body movements and then repeat it. The movements are not random and have a structure which each has functions to burn calories. However, sports are not only about physical strength, but also the agility of the brain. Sports trains motoric and sensory skills.

In the world, there are many unique and interesting sports. There is a famous sport that is known for combining person and animals together. This sport is famous for being extreme and full of madness. The sport is called dog sled race. Dog sled is actually an activity where dogs that a sled. Initially this was a simple mode of transportation in the past. However, over time, dog sled became an interesting extreme sport.

Here are some interesting facts about iditarod sled dogs race:

The Complete Time is Different for Each Year

Every year the Iditarod race is held. Every year, the teams that complete the iditarod score different times. Iditarod is indeed known to be extreme and takes a long time. Therefore, musher and dogs fighting in Iditarod must have super good stamina. The first Iditarod which was held in 1973 was successfully completed in 20 days. At present, if measured at normal distances, the Iditarod must be completed within 10 days. But in recent years the Iditarod can be finished in only 8 days.

One team consists of a musher and 16 dogs. All members of this team must eat non stop and properly. This is because they all fought endlessly for days. On the trip, there will be some committees that provides food such as meat, fish, porridge, vitamins, and supplements. Dogs for dog sleds must be properly fed. Because the iditarod needs compact teamwork, one sick dog can greatly influence the team’s victory.

Although the road that is traversed on the cold grounds includes ice tracks, dogs wear special shoes not to warm themselves. The dogs that follow dog sleds have strong endurance. They have thick hair and a good blood circulation system that keeps them warm. However, these dogs use special shoes to protect their food from extreme terrain. Roads full of ice, snow, and rocks can make dogs feel less comfortable especially if such a path must be traversed for days non stop. The shoes they use are very important to prevent unwanted injuries.

Unique Sports That Involve Dogs. Those are some facts about the iditarod dog sled race. It turns out there is an extreme sport that combine the strength and intelligence of humans and animals at the same time. Are you interested in watching Iditarod next year?