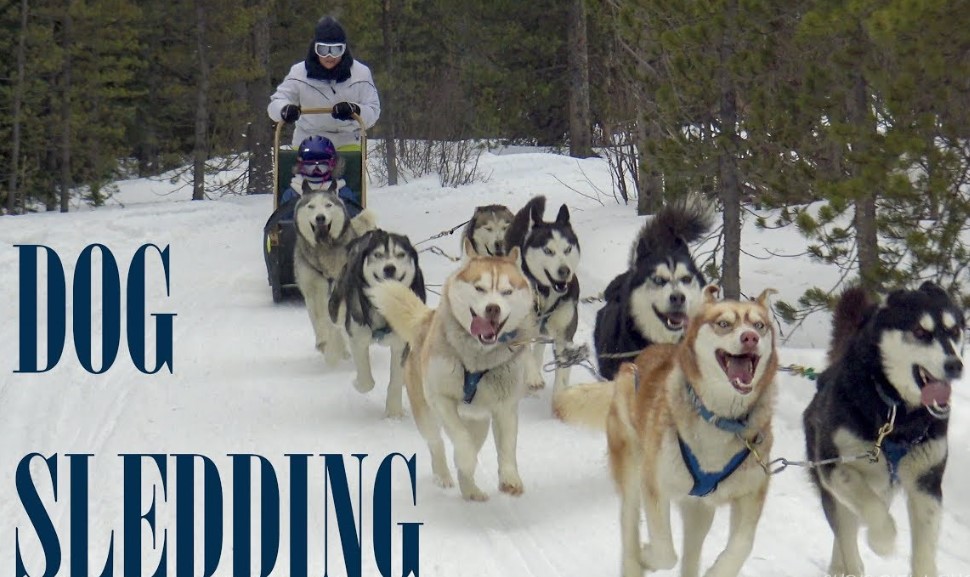 Dogs are part of our society. This phrase is very suitable especially for people who live in the arctic. Dogs that have thick fur and strong claws seems to be specially design to be in an extreme, cold, and snowy place. Because of this advantage, dogs have an important role in helping the community. One of the thing that can be done by dogs to help the community is by becoming sled dog. Sled dogs are dogs which are specifically trained to pull a sled.

Using dogs to pull a sled has been exists since thousands of years ago. Initially, the inuit tribe in Canada is the first who used sleds to send goods to a relatively distant place. After this invention, then use the dog sled starts to spread all over the place.

The first dog sleds are from 1000 AD. When it was found, the dog sled was different from the dog sled we that we use now. The first dog sled found has a relatively small size. Seen from the size, this sled was not pulled by many dogs. The sled seems to used only for light activities such as transporting firewood and food. However, since people understand more and more about most dog’s abilities and strengths, the sled has evolved to be able to carry heavier weights.

Dog sled functions in the past

If we currently send packages using private vehicles or service posts, in the past, people doing it with different way. In the past, people tend to do everything traditionally, such as deliver something by foot. However, in areas with extreme cold weather, people will not be able to deliver goods using only foot. The conditions that are too cold, the mileage they have to passed and also heavy goods being carried out can make someone died. Therefore, sled dogs are used to carry goods from one place to another.

Dog sleds in the past are helping people in almost everything. Starting from transporting, sending letters, sending food, carrying firewood, carrying gold, and many more. The distance that the sled dogs must be passed can very far. In fact, dog sleds can even run from one city to another city and visit many small camps at one time.

Balto, one of the best sled dogs in the world

In 1925, the small town in Alaska, Nome, faced a diphtheria epidemic. At that time, diphtheria was a scary disease and able to kill many. In order to save the population, 20 teams using a sled dogs were travel 1,085 kilometers distance in order to bring anti-toxic drugs. These 20 teams must through through a heavy snowstorm in six days straight. Although it seems to be impossible, the sleds dogs were struggling hard and run as hard as they can. Balto was the leader of the last team to arrive and succeeded in bringing diphtheria drugs through the worst winter of the last decades. 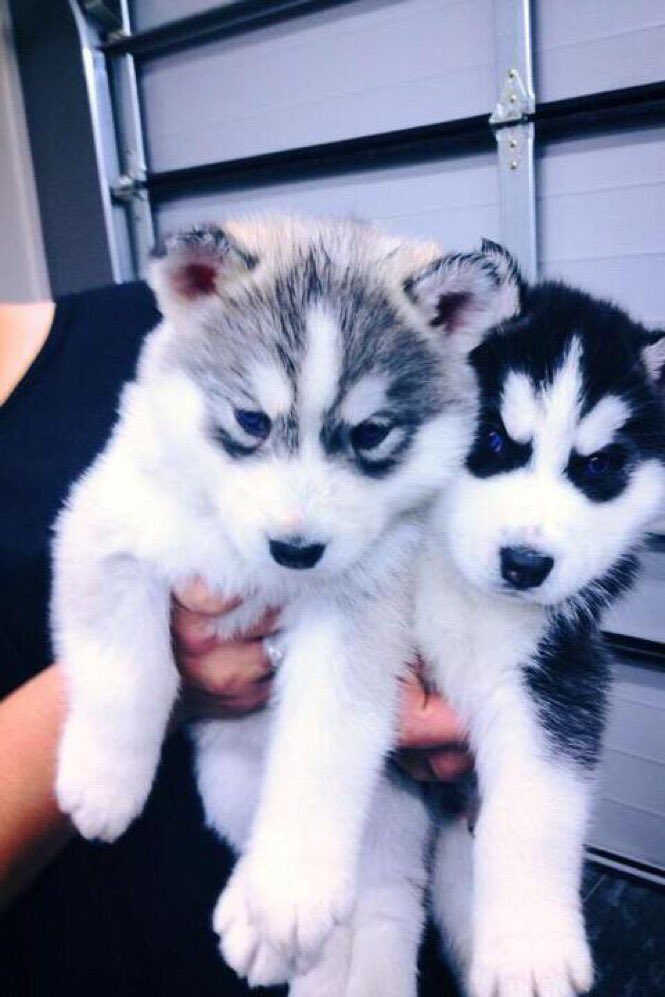 Denali Alaska National Park Where Sled Dogs Breed. Denali is a national park in Alaska. That National park is a place where dogs which later become sled dogs grow and develop. Mostly,every sled dogs in Alaska is born in Denali. When newborns already turns two months, puppies only spend time in a cage. They sleep and drink milk all day. They continue to grow and get more height that is one pound for each week.

After six weeks, puppies are introduced to regular dog food. If previously they only spent time doing the same activities at http://128.199.145.222 that is playing judi poker and sleeping, now they begin to interact with humans. Adults and children who visit Denali national parks can socialize with them in the summer. During this period, these dogs are also get routine examined to check the  growth of their feet and teeth.

They tried mini adventure at close range such as exploring bushes, passing puddles, water and walking on fairly steep slopes. This is done as early as possible so that the they can grow and become accustomed to the environmental conditions. Introducing nature from an early age is believed to make them feel comfortable, safe, and confident with their surrounding. Around six months old, these dogs is trained to receive orders. They learn several commands such as sitting, walking, staying, rolling, and so on. This train is still filled with much love. Puppies who successfully follow orders will be praised and given prizes in the form of dog snacks.

The six months old dogs are usually placed in different arenas. Dogs that see adult dogs practice are usually encouraged to take part actively. On different tracks, they usually run together, sometimes even run faster than an adult dog who is practicing for real dog sled. During this time, young dogs are getting used to do run as well as doing adaptation to the weather that is desired. Even without the sled, the dogs have done an actual race simulation. In this simulation test, the staff can begin to choose which dog is first ready to join the real dog sled team.

They have the physical equivalent of other adult dogs. But still, despite having the same physical size, they do not have the same strength and endurance. At this stage, the dogs begin to be trained to race with their peers. They also began to be introduced to the sled. Even so, because they have not been trained properly, these dogs sometimes only playing with the sled and chew the leash. With regular training these dogs are ready to join the dog sled race team. They have grown into a fast and agile adult dog. They will continue to get joint training and run with their peers. Dog training in Denali Alaska National Park is ongoing as long as the dogs live there. 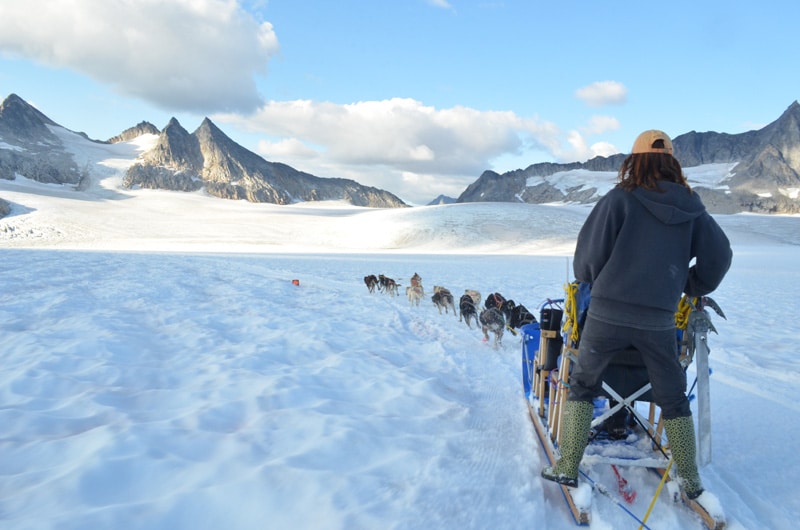 Summer Dog Sledding in Alaska. Nobody is going to argue that the best time to visit Alaska is in the wintertime. The snow that covers the vast gorgeous mountains is an amazing attraction in itself. But, if you only can squeeze your break time during summer months, Alaska is still an amazing place to go.

There are so many must-haves when it comes to a vacation in Alaska. One of them is dog sledding. Alaska dog sledding is a traditional sport that can spike your adrenaline level while also playing with adorable and friendly dogs.

Even Though The Sport Is Best To Enjoy When There Is Snow On The Ground, Summer Dog Sledding Tours Are Also Available For Visitors

There are special sleds with wheels on it specifically made for the summer. Using this sled, you can still have the same experience and exhilarating just as the winter dog sledding. What’s unique about the summer dog sledding in Alaska is the scenery. Your cute barking friends will take you to explore the thick Alaskan forest. The vibrant, tall, and green trees look magical when hit by the sunlight. It was as if you’re sprinting through a passage to heaven. If you still want to try to experience the snowy race, you can try dog sledding on a glacier. Because during the summer months, it’s the only place to mush on actual snow is on a glacier. Sledding on it gives the same vibe as when you sled in winter.

If You Decided To Take The Glacier Summer Dog Sledding In Alaska, You Have To Do It Up In The Mountains

In this tour, you will get so much more than regular dog sledding in winter months. Not only you’re able to play and interact with many cute dogs and their puppies, but the tours also provide you with a helicopter as transportation to the top of the mountains. The short helicopter ride is one of the bonus adventures while you spend a vacation in Alaska. You will be greeted by the beauty of the Alaska terrain in summer. The vast greenery lay beneath you on the ground giving the views more majestic than if you see it from the ground. What’s better about it is you can see the distinct snowy area in some parts of the mountain and the glorious green in other parts.

However, as you can probably guess, the summer dog sledding in Alaska in glacier mountain price a bit higher than normal tours that you can do during the winter months. You have to take into consideration the cost of a helicopter that will take you to and from the mountain. But, if you have the budget for it, we’d say that you have to take the tours. Besides, doing the summer tours is more beneficial seeing that there aren’t many tourists there. So, if you don’t like crowded scenes, the summer glacier tours will be perfect for you. You can spend more time interacting with the dog and the tour guide while learning about their culture seeing that their time will only focus on you.

In the end, you don’t have to worry about missing the adventurous traditional rollercoaster ride that the adorable Alaska dog sledding tours offer. Visiting there in the summer months should not detour your journey to experience one of the most exhilarating sport out there.