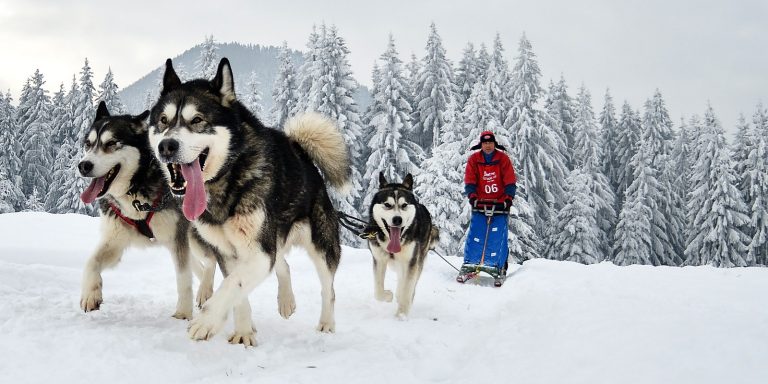 Alaskan Malamute can pull sleds. This large dog has strength and endurance that is tough enough to carrying heavy items. Alaskan Malamute shares DNA similarities with other types of snow dogs, such as the Canadian Eskimo Greenland, Samoyed, and Siberian Husky dogs. The similarities between them are has big body, has thick fur and physically strong

Male dogs are 64 cm tall with 39 kg of weight. Meanwhile, female Alaskan Malamute has an average height of 58 cm and a weight of 34 kg. However, this dog can grow up to weigh 45 kg. Compared to Siberian Husky which has a smaller body size, alaskan Malamute looks very big. Adult female huskies are 51-56 cm tall and weigh 16-23 kg. Meanwhile, male husky has a height of 53-60 cm and a body weight of 20-27 kg. The difference is pretty outstanding, right?

Alaskan Malamute has thick fur with a double coat. The lower fur coat has a 2 inch thick layer of fat. Meanwhile, the outer coat is coarser and only one inch thick. This thick fur protect them from the cold during extreme weather. Its fur has a combination of black, white and gray color.

A Tough Dog With a Soft Heart