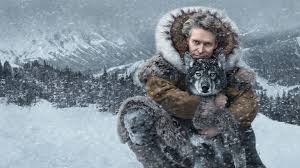 Togo The Dog Sledding Hero and Savior During His Time. A true story that was successfully made into a Disney film just recently, illustrates the story that’s almost forgotten, which created injustice for decades.  If you notice, at Central Park, New York, stands a stunning statue of a Siberian Husky, a dog sledding a sleigh.  His name is Balto.  It was the husky who was previously considered a hero from the heroic story originated in the city of Nome.

However, “Togo” was also known as a heroic husky, where amongst others are wanting to correct the historical anachronism.  In other words, the older generation of viewers will be more familiar with Balto, which has been made into a wide-screen animated film in 1995.  And of course, Togo, also tells the relationship of friendship and love between a family with dogs that have become a part of their life.

How Exactly Is The Story Behind The Heroic Action of Togo, The Sledding Dog?

The story begins in a small town called Nome (now called the Great Race of Mercy) in Alaska, United States.  In 1913, a Norwegian-American sled dog breeder, musher and trainer named Leonhard Seppala (‘Sepp’) and his wife, Constance, had a Siberian Husky puppy.  A hyperactive dog that caused problems other than goodness. One day, Sepp realized something special about the dog. Although still very young, Togo is more dominant among the other older dogs.  Togo’s self-ordained behavior as the lead sledding dog occurred when he won a race in the city.  Since then, Sepp and Togo are finally known.

When he was about 12 years old. Nome at that time was infected by a deadly diphtheria virus.  Sadly enough, most of the victims were young children.

Being in an area of ​​icy mountains with terrible blizzards, at that time the drug or serum must be flown by plane.  However, no airplane is able to fly there.  It was the worst winter in decades.  Thus, the distance between Nome and the place to collect the serum, Nenana, is about 1,085 km long through the snow and ice which takes six days to get there.

Sepp, Togo and the rest of the sledding dogs were appointed to carry out the absurd task.  To shorten the time, they cut the road through an area called Norton Sound.  An area that all mushers avoid.  But, Sepp and Togo passed it, left and went home.

He was a one fearless old husky.  Leading his flock and pulling Sepp’s sled.  With all the struggle, Togo managed to reach the seashore while carrying the serum. Meanwhile, at a lodge on the edge of Norton Sound, another team was waiting to bring the serum to the children of Nome.  He is Gunnar Kaasen, a musher with a lead dog named Balto.  He was sent by the city government of Nome to pick up the serum from Sepp.

Togo The Dog Sledding Hero. Although Togo and Sepp became local heroes unknown to the outside world, until the Time Magazine (2011) acknowledged Togo as the most heroic animal of all time along with his owner, Sepp.